True to His Word

Don't we all want to be a person that's true to their word? I don't think any of us set out to "lie", nor do we want to be known as a "liar". I want people to feel like they can trust what I say, and that my actions will back it up. I want my "reputation" to be that of someone who is genuine, not a liar. 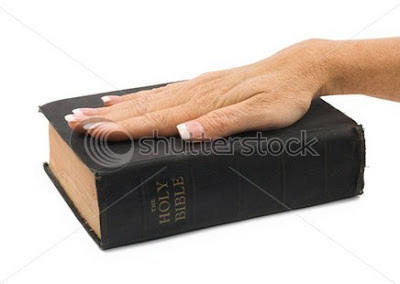 That's why I'm honest about the topics here. If I have an issue in any one of these areas, I want to be "upfront". So, if for some strange reason, just because I write this blog everyday, you may be thinking I have it all together, I have to inform you, that "NO", I'm far from it.

There are no perfect people. We are all flawed and that goes in the area of honesty and truth telling. My point today is not about we humans, that goes without saying. We've all lied or "fudged" or exaggerated. I'm talking about God today, that He IS Truth, and He will never lie. What He says stands firm. It is up to us to believe Him and the truth of His Word, the Bible.

Below are some verses that speak about God's Nature in the area of honesty, truthfulness, and promises that are found in scripture.

God is not like us in the area of truth telling, He never needs to repent because He is perfect, without flaw. When He says something in His Word, or to us personally, it is our responsibility to have faith in that "word" and believe Him for it.

Isaiah 55:10-11
10. "For as the rain and the snow come down from heaven, And do not return there without watering the earth, And making it bear and sprout, And furnishing seed to the sower and bread to the eater; 11. So shall My word be which goes forth from My mouth; It shall not return to Me empty, Without accomplishing what I desire, And without succeeding [in the matter] for which I sent it.

God sends His Word out through the scripture in the Bible and just like the rain waters the earth, we can count on it. His Word waters our thirsty souls and gives birth to the seed He puts there. When you feel The Holy Spirit "quickening" your heart over a matter; when a certain scripture just "speaks" straight to you. Grab ahold of it, and let it get planted in your heart. Water it with faith in God and His Word. Let it stay there until, in God's perfect timing it will sprout and flourish.

John 4:50-53
50. Jesus said to him, "Go your way; your son lives." The man believed the word that Jesus spoke to him, and he started off. 51. And as he was now going down, [his] slaves met him, saying that his son was living. 52. So he inquired of them the hour when he began to get better. They said therefore to him, "Yesterday at the seventh hour the fever left him." 53. So the father knew that [it was] at that hour in which Jesus said to him, "Your son lives"; and he himself believed, and his whole household.

This man had come to Jesus because he had a sick child. He wanted Jesus to come with him before it was too late, but Jesus said in so many words, "If you will just trust my word your child will live." That is what happened.

Acts 10:34-35
34. And opening his mouth, Peter said: "I most certainly understand [now] that God is not one to show partiality, 35. but in every nation the man who fears Him and does what is right, is welcome to Him.

In Acts Chapter 10 Peter meets with a Gentile (anyone not a Jew) named Cornelius. He was a Roman centurion, who was a believer in Jehovah God. Up until this time, the message of salvation had been only for the Jews, but now God was showing Peter, the Apostle, that the message was for everyone, Jew and Gentile alike. It was an eyeopener for Peter. God desires and loves each and everyone of us, no matter what nationality. It is totally up to our belief in Jesus as God's son. That is the qualifier.


2 Corinthians 1:19-20
19. For the Son of God, Christ Jesus, who was preached among you by us-- by me and Silvanus and Timothy-- was not yes and no, but is yes in Him. 20. For as many as may be the promises of God, in Him they are yes; wherefore also by Him is our Amen to the glory of God through us.

God's Word is full of "promises". It is up to us to read and find them. Then believe God for them. They are all "yes" !


2 Peter1:3-4
3. seeing that His divine power has granted to us everything pertaining to life and godliness, through the true knowledge of Him who called us by His own glory and excellence. 4. For by these He has granted to us His precious and magnificent promises, in order that by them you might become partakers of [the] divine nature, having escaped the corruption that is in the world by lust.

Believing God's promises enable us to live a fruitful life. We get to know Him through His Word. We can trust Him, and all that He says to us.

Don't be overwhelmed with the amount of scripture. Let God speak to you about what He has for you. Let God put it in your heart for your particular need.

What I'm going to say next is of critical importance.

In the past, I knew God had told me something...He had given me a promise, but I didn't see it happen when I thought it should. God and I got in a big tangle over it. From that moment on I realized I do not know the "timing" of things, only that He is truth, not a liar. My job is to believe, trust, and wait. Wait until it comes to pass.


And that is where "patience" kicks in!

Posted by Debra@CommonGround at 5:40 AM