Why are you crying?

I've said this before, and I will say it again today, I'm not a Bible Scholar. I don't have any degrees in theology or Biblical Studies. I have a poor memory and cannot quote scripture. And the truth be told, I'm not even good at remembering where verses are located. But I DO love the Bible and God's Word to us. I'm basically a blank slate.


The Lord says to me frequently, "Be available", and that's what I try to do; to
be available in my life, time, and finances, but mostly be available so that He
might speak. This morning as I sat here at the computer, knowing He had
something to say, He spoke a verse to me. John 20:14.
No, He didn't quote it to me. He just gave me chapter and verse. When I
opened my NIV Bible this is what I saw.

"At this, she turned around and saw Jesus standing there, but she did not realize that it was Jesus." 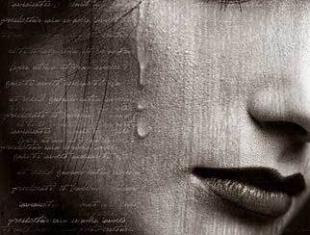 Here it is in context of the surrounding verses:

New American Standard Bible (NASB)
10 So the disciples went away again to their own homes.
11 But Mary was standing outside the tomb weeping; and so, as she wept,
she stooped and looked into the tomb; 12 and she *saw two angels in white
sitting, one at the head and one at the feet, where the body of Jesus had
been  lying. 13 And they *said to her, “Woman, why are you weeping?”
She *said to  them, “Because they have taken away my Lord, and I do not
know where they  have laid Him.” 14 When she had said this, she turned
around and *saw Jesus  standing there, and did not know that it was Jesus.
15 Jesus *said to her, “Woman, why are you weeping? Whom are you seeking?”
Supposing Him to be  the gardener, she *said to Him, “Sir, if you have carried
Him away, tell me  where you have laid Him, and I will take Him away.” 16
Jesus *said to her,  “Mary!” She turned and *said to Him in [a]Hebrew,
“Rabboni!” (which means,  Teacher). 17 Jesus *said to her, “Stop clinging to
Me, for I have not yet  ascended to the Father; but go to My brethren and
say to them, ‘I ascend to  My Father and your Father, and My God and your
God.’” 18 Mary Magdalene *came, announcing to the disciples, “I have seen
the Lord,” and that He had said these things to her.
My first question was why this particular scripture, and He said it
was because someone was crying and needed to know that He was
there with them.
I've read this so many times and the thing that I realize is that sometimes we are
so distressed  in the circumstances that we do not realize or feel that God is with us.
Mary Magdalene had  just seen Jesus crucified and put in the tomb. Yes, the
circumstances looked the worst; Jesus was gone from them, brutally murdered, and
the plan that they had all hoped for seemed destroyed. Her future and that of all the
others in Jesus' circle was in dire jeopardy. The future  seemed hopeless and bleak.
How did they move forward when their leader, their king and friend was gone...?
Have we all not felt like this at times. We are in the middle of horrible circumstances
that cause us to lose sight of the fact that even though we do not see how things can
work out Jesus is there with us, He is in control, and He has a plan. And His plans are
always "good". Lately God has been reminding me to not let what is happening in the
"circumstances" blind me from the fact that He is there with me.
I know Mary was distraught, overwhelmed with grief and sadness, and fearful and
uncertain as how to proceed. But a voice from behind her called her name and when
she heard that voice her attention turned from "herself" to realizing that Jesus was
right there with her.
No matter what you are going through at this moment, Jesus is there with you. He
will listen to you and comfort you, and give you direction and peace. Sometimes He
is speaking to us but we don't know that it is God. Get quiet and let Him speak to you.
He is there with you, and loves you...and He does have the answers.
love in Jesus,

Posted by Debra@CommonGround at 1:34 PM 17 comments:

Verse for the New Year

This post may be a little late for the "contemplating the New Year" kind, but I haven't had the opportunity to sit down and put these thoughts into writing until now, so today it is.


I've read and enjoyed so many of your New Year's posts sharing your intentions and resolutions, plans and goals, and just plain old hopes and dreams. Especially you younger gals with big things happening in your lives. Blogging has given many of you some amazing opportunities this year;  from recognition in magazines, photography, television, and the book world, to actually "living your dreams". Honestly, I couldn't be happier for you...really...truly!


I have to warn you though, as you get older the concept of making resolutions fades a bit and the turning of the calender page takes on a little less significance. Life experience and circumstances have a bad habit of wearing a person down a little. I know what it's like to have "resolutions" wind up in the ditch by the end of January, or to have something thrown in my path unexpectedly like a family crisis or health setback. "Life" has a way of derailing the best of intentions.  I guess the blessings of youth are optimism and the promise of the future. I'm not on a "downer" here, just contemplating life a little, I guess. And how we view what is ahead of us.


Many of you have talked about how you have a "word" for the New Year. A word that some of you will use as a roadmap for the journey into 2012. To other's it's a definition of what you desire the atmosphere around you to be; a goal, an attitude, and a viewpoint. Hopefully our words are God given and spoken. I know that God likes using dates, times, and seasons to express Himself in our hearts. When we're prayerfully contemplating our lives and the prospect for change, He's is more than happy to speak to our open hearts and minds. He's an "encourager", and He desires to bring us into a place of possibilities and optimism. He's been working on me in that area...


OK, back to the "word" idea for the New Year. So I asked God if there was a specific word for me to contemplate and keep in my spirit for this year. It didn't come immediately, but as I was doing a short post for New Year's Day, a scripture verse came to mind. It had nothing whatsoever to do with the adorable vintage postcard with kittens, but it had to be included.


Proverbs 16:9 "In his heart a man plans his course, but the Lord determines his steps."

It seemed a little out of place and incongruous with that postcard post, but I've learned to go with it, if it's something from the Lord.  This verse has been rattling around in my head for a few days and the more I've thought about it the more I've realized God has been speaking to me concerning this thought for quite a while now. 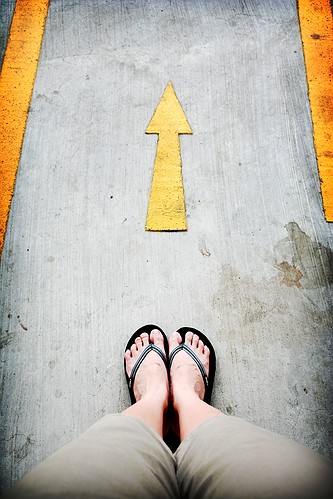 Let me share just a little of what I think He may be trying to say.


First of all for this verse to be truly accurate we need to be a child of God. Believers can have a firm faith that if we really love the Lord and seek Him that He will ultimately be in charge of our lives and destinations. If we never seek Him for help and guidance then it's easy to get off track in our thinking and plans. This in turn can send us down the wrong path. Staying in touch with the Father on a daily basis and letting the Holy Spirit lead us may not mean that our lives will be easy or perfect, but they will be "determined". The Oxford dictionary says this about the word "determine, -ed" fixed, precise, distinct, settled, persistent, unwavering.


Another word that stands out for me in this verse is "course". Here is the definition: onward movement or progression, path, way, route, or track, a lesson, a part of a meal, a series of hurdles, a horizontal layer of bricks" a length of water.


And then this word, which really means a lot to me at this time. "Step". a unit of movement, a manner of walking, a degree in the scale of promotion or advancement, making progress, pace, stride, taking action, being in agreement.

At this stage in my life I'm more "contemplative" about the future. I've learned the hard way not to run off on my own and in my own thinking to do a certain thing. I don't want to get into something that's just not part of God's plan for me. There have been a few things that I've been "measuring" in my mind and considering so I've turned them over to God for timing and specifics. He's determining them for me and I'm allowing Him to plot the course, not only of this New Year, but of my future. He can do all that for me, but if I don't lift up my foot one day at a time and exert some effort to take the "step" nothing will happen.


I had a sprained ankle last week, and now that I think of it, it may have been a little teaching tool that the Lord allowed. The thought of not being able to walk for a few days had me reeling. The concept of taking a "step" has a little more significance than it did before.


I'd love to hear in the comments if God has spoken a "word" or verse to you for the year.


Love you all, thanks for listening, and sharing my life. You're a huge blessing to me!