Yesterday we learned about our foundation for prayer; that it should be based on the Word of God. God says to us that “Our house is to be a house of prayer”. For our own bodies and spirit, AND for our church.

So let’s look at some scripture to start giving us a foundation for our study on prayer: Let's take 5 important passages of scripture and see what they all have in common. 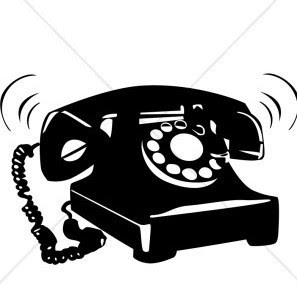 
8. And they heard the sound of the LORD God walking in the garden in the cool of the day, and the man and his wife hid themselves from the presence of the LORD God among the trees of the garden. 9. Then the LORD God called to the man, and said to him, "Where are you?" 10. And he said, "I heard the sound of Thee in the garden, and I was afraid because I was naked; so I hid myself." 11. And He said, "Who told you that you were naked? Have you eaten from the tree of which I commanded you not to eat?" 12. And the man said, "The woman whom Thou gavest [to be] with me, she gave me from the tree, and I ate."

1. Now Moses was pasturing the flock of Jethro his father-in-law, the priest of Midian; and he led the flock to the west side of the wilderness, and came to Horeb, the mountain of God. 2. And the angel of the LORD appeared to him in a blazing fire from the midst of a bush; and he looked, and behold, the bush was burning with fire, yet the bush was not consumed. 3. So Moses said, "I must turn aside now, and see this marvelous sight, why the bush is not burned up." 4. When the LORD saw that he turned aside to look, God called to him from the midst of the bush, and said, "Moses, Moses!" And he said, "Here I am." 5. Then He said, "Do not come near here; remove your sandals from your feet, for the place on which you are standing is holy ground."

4. Now the word of the LORD came to me saying, 5. "Before I formed you in the womb I knew you, And before you were born I consecrated you; I have appointed you a prophet to the nations." 6. Then I said, "Alas, Lord God! Behold, I do not know how to speak, Because I am a youth." 7. But the LORD said to me, "Do not say, 'I am a youth,' Because everywhere I send you, you shall go, And all that I command you, you shall speak. 8. "Do not be afraid of them, For I am with you to deliver you," declares the LORD. 9. Then the LORD stretched out His hand and touched my mouth, and the LORD said to me, "Behold, I have put My words in your mouth. 10. "See, I have appointed you this day over the nations and over the kingdoms, To pluck up and to break down, To destroy and to overthrow, To build and to plant." 11. And the word of the LORD came to me saying, "What do you see, Jeremiah?" And I said, "I see a rod of an almond tree." 12. Then the LORD said to me, "You have seen well, for I am watching over My word to perform it."


1. Now Saul, still breathing threats and murder against the disciples of the Lord, went to the high priest, 2. and asked for letters from him to the synagogues at Damascus, so that if he found any belonging to the Way, both men and women, he might bring them bound to Jerusalem. 3. And it came about that as he journeyed, he was approaching Damascus, and suddenly a light from heaven flashed around him; 4. and he fell to the ground, and heard a voice saying to him, "Saul, Saul, why are you persecuting Me?" 5. And he said, "Who art Thou, Lord?" And He [said], "I am Jesus whom you are persecuting, 6. but rise, and enter the city, and it shall be told you what you must do."

I know that was a lot of scripture. But let's just look at these and think about the common denominator that they have. What do we see in general in these verses? What is the main concept that we see?  What is happening in these verses?

I know this is pretty basic. But I have not read this Bible Study in ten years, so God is really giving me some things to think about. And we all know each time we read scripture it brings something new to mind. I'm not trying to be a 3rd. grade teacher here, just want us to look at some foundational principles from God's Word.

Can you put yourself in the same place these people were? And if you would, what would (and is) God be saying to you? His great desire is to communicate with us.  When and how He communicates with us is through times of prayer. He gives each of us a "call". So are we listening, hearing, and then are we answering?

So, leave a comment and tell us what you are thinking. What has God been saying to you today?

Hope this is interesting for you.

There's a lot more where this came from.

Posted by Debra@CommonGround at 5:45 AM