"Constructing" the Body of Christ

Having raised two girls who are now 29 and 35, I have learned as many lessons as they have. I was a loving parent, but not always a "model" parent. I didn't always approach a situation or react to them in a Godly manner. I'm the first to admit it. Sometimes I was as big a child as they were. I have yet to meet the "Perfect Parent", and looking back on my parenting skills I'd have to say I could have improved in so many areas. I've had to apologize to my girls for my shortcomings during their growing up years. I wish I knew then what I know now. My hind sight might not be exactly "20-20" but it's much better than it was at the time. I refer to this time in my life, because I think back on handling matters with sometimes more negativity than positive ways of handling things. I'm no Dr. Phil, but thank you Lord, that I've learned a few constructive things along the way.


The author of Victory Over the Darkness recounts a conversation he had had with a pastor friend that was bemoaning the congregation of his church. "They are all a bunch of "losers". What can I do to get out of my church?" Dr. Anderson in turn, asked him. "I wonder if they are really losers or if they just see themselves as losers because that's how you see them?"


This brings up such an important fact: How do we perceive others? How do our impressions of other people color our opinions and relationships with them and about them? I used to make snap judgements on people. I think we all have opinions, that is just human nature, but how long do we take to form them? Is it based on their appearance, way they speak, way they dress, job they may have? Are we looking at them through our own eyes or through God's eyes? Just as we talked about in the beginning of this study, we need to view people the same way God sees them; as a child of God, wholly loved and accepted by the Father. I have learned this over the years. I have asked God to show me beyond the surface, to see someone's heart, and to be able to relate to them as He sees them, not just view the outside and the obvious. I guess this is referred to as "putting ourselves in someone else's shoes".


So then, if we see someone as a "loser", and we treat them as such, will that be the image they also see of themselves? What if instead, we see our brothers and sisters in Christ as saints, redeemed, and totally loved in Jesus? Will they then see themselves in this same way and begin to reflect this understanding in their own attitudes, actions, and behaviors? This is where I could have improved as a parent. Speaking positive affirmation more than I did. Frustration with situations I didn't know how to handle, caused me to see the negative instead of seeking God for positive reinforcement with my words.


As stated by the author, "I believe the greatest determinant for how we treat people is how we perceive them. And how do we express our perceptions of people? Primarily by what we say to them... Studies have shown that in the average home, for every positive statement, a child receives 10 negative statements. It's only slightly better in the school environment; 7-1. It's no wonder so many children are growing up feeling that they are losers. Parents and teachers are conveying that perception every day in how they talk to their children...studies go on to say that it takes four positive statements to negate the effect of one negative statement...We affect others significantly by what we say about them, and what we say is significantly determined by how we perceive them."

Ephesians 4:29
"Let no unwholesome word proceed from your mouth, but only such [a word] as is good for edification according to the need [of the moment], that it may give grace to those who hear. " 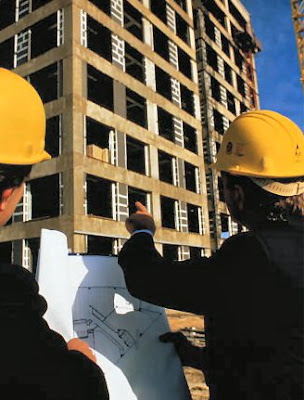 The word "edify" means to improve morally or intellectually, enlightenment, guidance in education, to improve information, and knowledge. In other words to be constructive and build someone up, not tear someone down. Our words affect others and bring change. It's better to be positive in our addressing of someone or a situation, rather than to be negative and to ultimately tear down someone; Constructive assessment, instead of negative. It's all in our attitude and perception of others.

Ephesians 4:11-13
11. And He gave some [as] apostles, and some [as] prophets, and some [as] evangelists, and some [as] pastors and teachers, 12. for the equipping of the saints for the work of service, to the building up of the body of Christ; 13. until we all attain to the unity of the faith, and of the knowledge of the Son of God, to a mature man, to the measure of the stature which belongs to the fulness of Christ.

This is the scripture passage that Jesus spoke to me back on June 16, 2001. He said, "This is your call". And it has been my driving force since then. To build up the body of Christ.

Yesterday's post on our salvation was an eventful one for me. Stepping out there to discuss a topic that is very controversial. We all have such varied ideas and thinking. Thank you for the opportunity to see brotherly love at work. I think we all said how we felt about the subject in love, and hopefully no one was offended or changed their minds about anyone. I really hope not. I have seen churches split over matters such as this, end time prophecy, and the baptism of the Holy Spirit, just to name a few. Thank you, that we can all discuss and view what others have to say in respect and love. I could have skipped over this subject, but I chose to dive in instead.

If you would like to read the theology and doctrine with scripture references behind my position on this, please go to the Official Website of the General Council of the Assemblies of God and type in "Security of the Believer" for several articles on this. It's a broad reference to both theories on this topic. It's interesting and nonthreatening no matter what your viewpoint.


( Hope everyone still loves one another.)
Love, in Jesus,
Debra

(concepts taken from Victory Over the Darkness
by Neil Anderson)
Posted by Debra@CommonGround at 5:15 AM