In the middle of the night I heard a name being said. It wasn't my name, but someone else's. It was somewhat of a startling feeling, but I knew I hadn't heard it with my "physical" ears, but with my "spiritual" ones. I lay there thinking about it for a moment when I heard it again. Someone's name that I didn't know well, but as soon as I heard it, I knew exactly who this person was. Their identity was clear, but I didn't know what God was trying to say about them. That fact didn't matter, it was just the Holy Spirit's way of letting me know I needed to pray for them.


Have you had something similar happen to you?

I imagine most Christian's have at one time or another, felt a burden on their heart for someone or some "thing", that was totally "off your radar"; something or someone that wasn't in your day-to-day thoughts or interest. The question is, what did we do about it. Did we dismiss the thought as being weird or creepy or even psychic? Or did we take a minute to go to the Lord and ask. "was that You, and what would you like me to do about this?"

I found out many years ago that God really wants to communicate with us, and that one of the first steps in moving into a deeper relationship with Him was being open to praying for others. God longs for intimacy with our heart, mind, and spirit. He desires that we take time to be open for His work, and one of the most important things we can do as a believer is to raise up our brothers and sisters in Christ in prayer, and yes, even those who don't know Jesus. 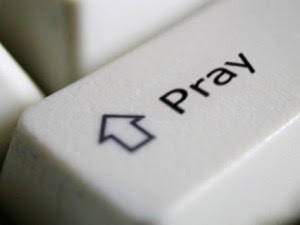 
Prayer can be somewhat of a "mysterious" thing, an aspect of our Christian walk that is expected, and at the same time misunderstood. I remember when I first started seeking a deeper relationship with God that I was involved in our prayer ministry at a very large church. We each took turns praying for different ministries within our church. The college ministry, was one in particular that I had a deep affinity for because of my own daughter who was in college, but not attending church at the time. I knew there were kids there that were Christians that were living way outside of the scope that God had in mind for them. We would be given "outlines" of how to pray for these different ministry groups and the leaders. At first it was somewhat rote and methodical until I realized this was the perfect opportunity to let God be more specific in my prayer time. At first I was hesitant because I didn't want to get too "personal" but sometimes that's how God is enabled to do His work. He would bring young people's names and faces to mind during prayer time, and I could tell there were things that God wanted to do in their lives. Sometimes God reveals things to us about others so we can pray specifically, other times we don't need to know the details, just bring them before the Throne so God can get to work.

And that brings me to one of the great purposes of prayer, giving God the "go ahead" and invitation to "get to work" in the situation. People who are not "pray-ers" don't realize the importance of calling upon God to be involved in our lives, and the lives of those we care about. God works through His People and desires that we be participants in seeing His work accomplished. I used to have the idea that God was capable all by Himself to see His will done, and people be saved. What I didn't understand, that while that is absolutely true that He is Sovereign and Almighty, He chooses to get the rest of us "involved".

So the next time you feel that tug to pray for someone, just take a moment to do it. Don't put it off, God is calling you to invite Him into the life of the person He's speaking to you about. You may or may not know the outcome of that prayer, but be sure, God has His purposes, and He knows those He can entrust to be doing His work. And let me also assure you, not only will you be doing God's work, He will begin to open those lines of deeper communication with you as well.  Be available to God, He'll take you up on it!

Posted by Debra@CommonGround at 12:35 PM