Do you have questions concerning your beliefs? Do you want to make sure that you haven't gotten "off track" in your spiritual life? Galatians is a good Bible book to study. We're hearing from Paul, and he's talking to new Christians that have made a wrong turn. Same holds true for us today. Let's look at what Paul has to say to the Church.

To the churches of Galatia:
3. Grace to you and peace from God our Father, and the Lord Jesus Christ, 4. who gave Himself for our sins, that He might deliver us out of this present evil age, according to the will of our God and Father, 5. to whom [be] the glory forevermore. Amen.

I believe there are many people who know about Paul, but don't really know him. I was one of those people for many years. I "appreciated" his ministry and writing the books in the Bible, but I had opinions about him, not all of them flattering. I guess that's because I'd never really known the underlying facts and history of his life and times. Knowing the background of the era, society, and culture can do a lot to explain people's specific words and attitudes.

We'll get into more of Paul's personal history in the next few verses, but today we need to take a look at where Paul was ministering with these churches in "Galatia".  Some say he was writing to the churches throughout the larger area of Galatia (which means the country of the Gauls). This was an area that had been founded originally by some migrating French tribes, but had been reorganized by the Romans several hundred years before Christ. In Paul's day there was this larger area of Galatia, and then the smaller area also known as Galatia. This smaller area is most probably where Paul had been traveling and setting up churches.
Paul had written letters to the churches of Antioch, Iconium, Lystra, and Derbe. These were all churches in the smaller area of Galatia; ones he had founded on his first missionary journey.

Knowing the location of these churches is important because we need to understand who Paul was writing to. These were "Gentiles", not Jews that had become Christians. These people were by and large unfamiliar with Judaism and were not religious except for idol worship. They were converted to Christianity without any background of Judaism. 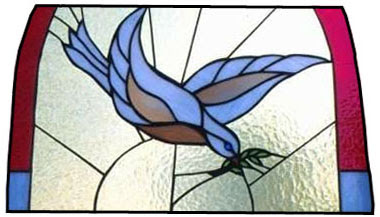 In verse 3 Paul extends the concept of  "grace and peace" toward his readers. Maybe more than just a greeting, but a true desire that God's grace and peace cover and infuse his listeners. Trouble is brewing and Paul desires that his converts know in their hearts that God is the one who can sort things out and reveal His Truth in any situation. Grace and peace is a concept that we today need to grab onto. Asking for that in our own busy lives.

The word "Grace" comes from the Greek word "charis" which means "favor, gift, benefit or credit". To be covered in grace is living in God's favor, gifting, benefits and credit. The word "Peace" comes from the Greek word "eirene" which means harmony, tranquillity, safety, welfare, and health. What a wonderful greeting for those new Christians that Paul was writing to. I'm asking that for all of us; to be covered with God's favor and welfare.

Verse 4 says (Jesus Christ) who gave Himself for our sins to rescue us from this present evil age, according to the will of our God and Father. If you were with me earlier in this blog I did a teaching on Life in the Garden and how Adam and Eve fell from Grace and were expelled from God's presence. Ever since the fall of man, from Genesis Chapter 1 until the time of Christ, man was in a dispensation of "evil". The devil had manipulated Adam and Eve, and since that time, until the time of Christ here on Earth, Mankind lived in a period of death and estrangement from God. Yes, there were kings and prophets and those sent by God that heard Him speak, but the average, everyday person had lost the capability to "hear" God speak to them. This was forfeited when Adam and Eve sinned and were then evicted from the Garden of Eden.

Jesus Christ, the Son of God, walked here on Earth to bring salvation to each and every person. He made it possible for us to be reconciled to God the Father through His death on the cross. Jesus paid the price for our sin, therefore making it possible for us to regain our relationship with God. Not living by rules and regulations; law and sacrifice, but a time of Grace that God extends to all of us who are believers. It's God's will and desire that all mankind be saved.


"For God so loved the world, that He gave His only begotten Son, that whoever believes in Him should not perish, but have eternal life.

On a personal note here, you may have noticed this is a little different format in this Bible Study blog. I guess it's a more true reflection of a Bible Study. This is the first time I've taught "expositorily"; going verse by verse through a book in the Bible. I have a lot to learn and this is a great way to do it.

Glad you're coming by, and I hope that God has met you today through His Word.

Peace and Grace be with you!

love in Jesus,
Debra
Posted by Debra@CommonGround at 6:00 AM