Should we...just because we can?

It's obvious to most of you who are reading this post that I haven't published here at this blog in over a year. The last two years have been difficult to say the least. I had severe heart issues and then we made two moves. I didn't feel that God was asking me to write here, this last year. It has set on my sidebar, and I know many have visited and asked me when I would start posting again... I wasn't sure if I would. I didn't feel the call to do that until this last week. 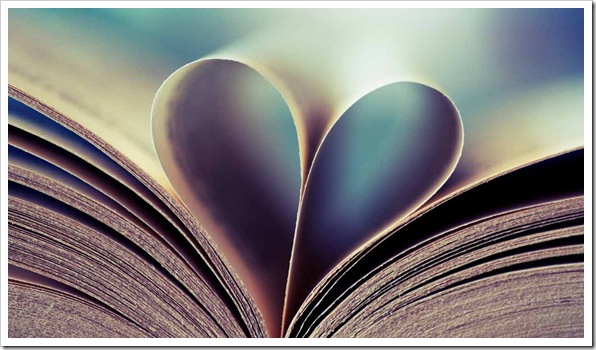 
God has been nudging me to write this post for this whole last week. I have been putting it off, hoping His promptings would let up, but they haven't. There is so much to say on the topic of the Paris murders at Charlie Hebdo, and the terrorist violence that has subsequently erupted. I don't want to "stir the pot" so to speak, but I think as a Christian, there is a viewpoint that needs to be discussed.

First let me say, I understand the concept of Free Speech, and yes, even "Satire". I understand the importance of being able to speak our thoughts and feelings concerning our government and our beliefs on religion, marriage, and personal rights and liberties etc. I know as a Democracy, our country was founded on the ability to freely speak and not be hauled into jail if we have a differing opinion than the government, the status quo, or even the "majority" in society. Having said that, I feel like we need to take a look at what the Bible says about "the match" that lit this current firestorm.

In the writings of Paul, this verse has been on my heart all week:
1 Corinthians 10:23


Other words that we might use to finish this sentence would be. "...not all things are beneficial, fruitful, useful, helpful, generous, gracious, kind, considerate, constructive, positive, productive, etc.

We might be within the legal limits to: express our opinions in a public forum, make accusations toward others, denounce other religions, expose ideologies, even depict leaders, religious figures, and yes, even God in a way that is unbecoming, derogatory, and subversive. We may have the legal right to do these things, but is it going to do anything beneficial, or will it be like pouring gas on already smoldering embers.

The Bible tells us again in Roman 12:16 to "live in harmony (peace) with each other". I'm not saying we have to agree or approve of other religions, beliefs, or ways of life, but if we know there is a problem, why go out of our way to cause more of a problem. It states in Islam and is known that no depiction should be made of the prophet Mohammad. I get that. Personally, I don't want anyone making cartoons of Jesus in a derogatory fashion. So in turn we should not be depicting anyone else's religious figures in a way that's inflammatory. I know that in a Democracy we have that right to say, write, publish anything we want...but at the same time we also know that exercising some of those same rights may start controversies, arguments, distrust, hurt, and yes, even wars.

I know that France is not a particularly "religious" country. I heard one TV commentator say that even school children could not wear a cross to public school, so that they were not just coming down on Islam; that France didn't "favor" any official religion. Early on after the first attack another TV news host, asked the hypothetical question: "just because we can...should we?" That question was steamrollered and ignored. This particular young man, voiced a wise truth, but in the heat of defending the rights of the cartoonists, there was no discussion.

Why would you go into a bull pen and wave a red scarf in front of a bull?
Why would someone go to Ferguson, Missouri and get a soapbox in the center of town and start yelling the "N" word?
Why would an American film corporation deliberately cause controversy in making a film depicting a plot to murder a leader of a country that already is unstable in thought and actions?
Why would anyone put themselves in the midst of controversy and then deliberately poke another "person" in the eye?

As Christians, we should know that hurling insults and "poking fun" does no good. It puts tension on already strained relationships and builds barriers instead of good will. The beliefs and ideology of a radicalized Islam or any other religion, will not be changed with anything other than God's divine intervention, and the prayers of His people. Purposefully printing rude, degrading, and lewd cartoons (even in the name of "freedom of speech") just incites anger and hate. Members of radical religious sects feel the need to avenge their wronged prophet; there's no laughing it off in their camp.

I believe in the uniting of countries and people against any and all brands of terrorism and murderers. That is not the subject of this blog post. I just think we need to be mindful of the consequences that might come about when we purposefully ignore good will and a little common sense. This question has been asked of me, and so to the world...
When does a personal "Liberty" become a national "Liability"?

I want to make it clear I in no way condone the brutal killings and terrorism that started at Charlie Hebdo. I don't feel that they in any way "deserved" what happened because of their choices or Religion. I have the same grief and bond that was evident in the public marches in Paris and throughout France and Europe. We need to stand strong and united against any and all forms of terrorism.

Posted by Debra@CommonGround at 3:18 PM