Reading scripture has a tendency to get personal. What happened to certain individuals over a thousand years ago can work it's way into our present day hearts and minds. People in the Bible aren't just "stories" or legends. They led lives similar to our own. Hopefully, the lessons they learned the hard way can help us from making those same mistakes. Most probably though, we have to make our own, to really grasp the concept.

Over the last few weeks I've been "marinating". I am still in Galatians, even though I haven't done a post from that book in a little while. I don't want to leave Galatians until I share a few more things. Important things. The whole book of Galatians really speaks to us about our freedom. Freedom that is found in our relationship with Christ, versus the bondage that the Jewish people had lived in for thousands of years. 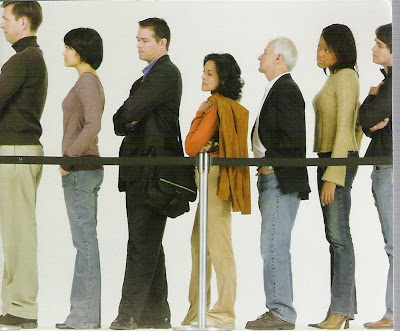 Let me give you the abbreviated version:

God called Abram out of a country that was full of idol worshippers, He asked him to take his family to a place as yet undisclosed. Abram and his wife, Sarai, had no children and they were advancing in age. Sarai was beyond childbearing years and because of that they didn't have much hope even though God had promised them an heir and son.

After years of waiting, with no child, Sarah and Abraham (as they were renamed by God), decided to take matters into their own hands and use a handmaid to be a surrogate. The child would be Abraham's, but not Sarah's. So this was done without the consent of God. They had been told to believe and wait for their own child, but they did not. Let me state, this isn't a discussion on surrogacy in modern times, or adoption, but about listening for God's specific plan for your life. This goes beyond birthing children, and entails any subject that we have been praying and waiting for God to move in.

So Ishmael was born and the trouble started. There was bickering, jealousy, manipulation, disruption...you get the picture. Sarah who thought she was doing herself and her husband a favor created a situation that God did not ordain nor desire. Then "in the fullness of time" as they like to say, i.e. God's timing; Sarah herself miraculously conceived a son and delivered him.

If you think there was trouble before Isaac's birth, it only got worse as time went on.

Can we see the "moral of the story"? If God tells you something, believe and wait. Don't get anxious and go try to make things happen yourself. Don't put together Plan B since it looks like Plan A is a washout.

How many times have we been guilty of this? Don't think I can count the times...

And then the result becomes such a huge mess.We are hurting and we hurt other people. Why didn't I wait? Why didn't I have the faith and stamina to believe what God has said, and stick it out.

God forgives our sin, and has the power to bring change, even when we are at fault. He can take ANY situation and make it better. He's good like that. It doesn't mean that there might not be consequences, but even then, He still knows how to bring good out of a bad situation.

So do you have areas of your life that you've taken control of yourself? Areas and situations where you've prayed but seen nothing happen. Situations where you decided it was time to do it yourself because you were tired of waiting for God's promise?

Just get before God and ask Him to take over. Admit that you've not followed His direction, and that you are handing it back over to Him. He'll take it. And the pressure will be off you. This is God's Grace. He is totally able. We don't need to "work" to make things happen, not even our salvation.

Thank You Father, that you are the One who knows our hearts and minds; who sees our faults and comes to our rescue.

Posted by Debra@CommonGround at 5:25 PM