When you look upon the tree at Christmas what do you see? Do you "oohhhh" and "aaaahhh" at the lights and ornaments? Adore the sheer beauty of it, in all it's splendor? There are presents all adorned and piled under it for our loved ones. But do you think on the symbolism of it? 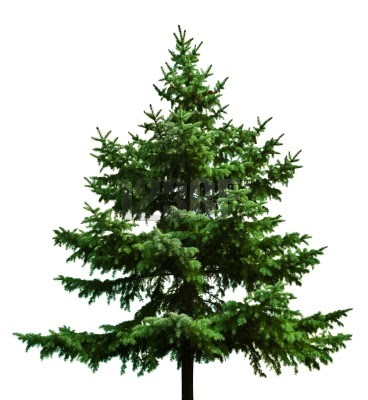 8. And in the same region there were [some] shepherds staying out in the fields, and keeping watch over their flock by night. 9. And an angel of the Lord suddenly stood before them, and the glory of the Lord shone around them; and they were terribly frightened. 10. And the angel said to them, "Do not be afraid; for behold, I bring you good news of a great joy which shall be for all the people; 11. for today in the city of David there has been born for you a Savior, who is Christ the Lord. 12. "And this [will be] a sign for you: you will find a baby wrapped in cloths, and lying in a manger."

The angel proclaimed a message to the Shepherds. It is also for us. A baby is born, but not just any baby. He is the Messiah. He is the Savior of the World. He is God's perfect gift and sacrifice for us, His children. Born in humility, Jesus left Heaven and was born, just like us. 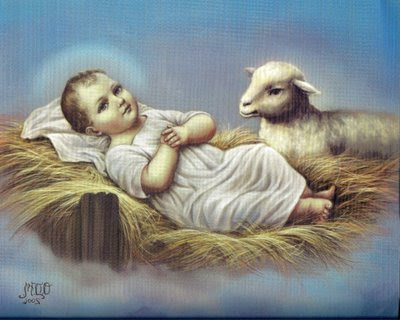 1. Jesus, therefore, six days before the Passover, came to Bethany where Lazarus was, whom Jesus had raised from the dead. 2. So they made Him a supper there, and Martha was serving; but Lazarus was one of those reclining [at the] [table] with Him. 3. Mary therefore took a pound of very costly perfume of pure nard, and anointed the feet of Jesus, and wiped His feet with her hair; and the house was filled with the fragrance of the perfume. 4. But Judas Iscariot, one of His disciples, who was intending to betray Him, said, 5. "Why was this perfume not sold for three hundred denarii, and given to poor [people]?" 6. Now he said this, not because he was concerned about the poor, but because he was a thief, and as he had the money box, he used to pilfer what was put into it. 7. Jesus therefore said, "Let her alone, in order that she may keep it for the day of My burial. 8. "For the poor you always have with you, but you do not always have Me." 9. The great multitude therefore of the Jews learned that He was there; and they came, not for Jesus' sake only, but that they might also see Lazarus, whom He raised from the dead. 10. But the chief priests took counsel that they might put Lazarus to death also; 11. because on account of him many of the Jews were going away, and were believing in Jesus.

I have thought for many years about this interchange between Mary and Jesus. Mary was the sister of Martha and Lazarus. She had seen only shortly before, Jesus raise her brother from the dead. Little did they know that they would be experiencing the arrest, and crucifixion of Jesus in just a few days. They were celebrating Passover's approach: the three siblings who were friends of Jesus, and His twelve disciples. Mary was a young woman who had seen a miracle; her brother brought back to life and she was grateful, so very grateful to Jesus.

There are two accounts of someone anointing Jesus with oil, the other is thought to be Mary Magdalene, but this was Mary, the sister of Lazarus. The fact that this particular gesture happened twice is curious to me. After much prayer for understanding concerning these two separate incidents I believe we have to understand that this was a custom of showing humility on a woman's part.

It was customary to wash the feet of guests upon their arrival, in those days of dusty roads and streets and the wearing of sandals. This was usually done by a servant. But a woman doing the "washing" showed respect and humility. When Mary chose to step out and do this customary "act", it became more than just a courtesy, but an act of worship.

She chose, instead of water, a container of "nard". Nard is and was a valuable oil, containing sweet smelling spices. It is said that it was worth a years wages. Hard to imagine a pint of oil being worth a "years wages".
It was a "perfume" of sorts, but was also used in burial preparations to retard the smell of decay. Very powerful and expensive. Mary's gesture was more than just an act of worship, it was a "costly" one as well.

How does all this play in with Christmas you might be wondering. Let's say that Jesus is more than just the sweet Baby in the manger. He is our Lord and Saviour. He is Messiah, the Christ. Born as a baby into this world, but also as our Redeemer. He was born and prepared as the ultimate act of worship. From the moment He was conceived in Mary's womb He began a journey of sacrifice. It was God's redemptive plan for us. He laid down His life for us, for our sins, so that we can have fellowship with our Heavenly Father.

So let us remember that when we look upon the tree this Christmas morning, all shining and bright, that we see Jesus there. It is not only a "Christmas tree", it should be a remembrance and a symbol of His great and costly sacrifice for us on the cross. To celebrate the true meaning of Christmas we must remember that it is about the Birth of Jesus, but at the same time we also need to acknowledge the purpose for that birth.

I want to be more like Mary, thanking Jesus for all that He has done for me. Let's become extravagant in our worship, counting not the cost, but lavishing it upon Him.

A blessed little baby has become

the Redeemer of the World. 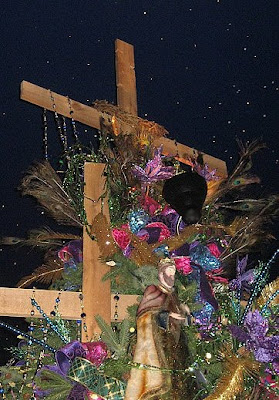 May we all be blessed and
touched by God's Hand
this Christmas!
Debra

Posted by Debra@CommonGround at 1:25 PM