How can we work together with God to see things change in our lives? How can we know that He is hearing our prayers and seeing our needs? How can we get God's attention? Let's look at Mary, the Mother of Jesus, before she received the news of his forthcoming arrival.

(If you have not read the previous post, please do. It introduces our look at Jesus' Mother, Mary)


26. Now in the sixth month the angel Gabriel was sent from God to a city in Galilee, called Nazareth, 27. to a virgin engaged to a man whose name was Joseph, of the descendants of David; and the virgin's name was Mary. 28. And coming in, he said to her, "Hail, favored one! The Lord [is] with you." 29. But she was greatly troubled at [this] statement, and kept pondering what kind of salutation this might be. 30. And the angel said to her, "Do not be afraid, Mary; for you have found favor with God. 31. "And behold, you will conceive in your womb, and bear a son, and you shall name Him Jesus. 32. "He will be great, and will be called the Son of the Most High; and the Lord God will give Him the throne of His father David; 33. and He will reign over the house of Jacob forever; and His kingdom will have no end." 34. And Mary said to the angel, "How can this be, since I am a virgin?" 35. And the angel answered and said to her, "The Holy Spirit will come upon you, and the power of the Most High will overshadow you; and for that reason the holy offspring shall be called the Son of God. 36. "And behold, even your relative Elizabeth has also conceived a son in her old age; and she who was called barren is now in her sixth month. 37. "For nothing will be impossible with God." 38. And Mary said, "Behold, the bondslave of the Lord; be it done to me according to your word." And the angel departed from her. 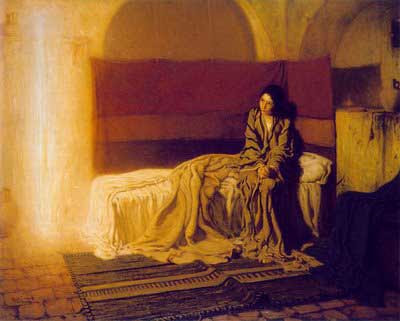 Luke 1:28
"...the angel went to her and said, 'Greetings, you who are highly favored! The Lord is with you.'"
I want to talk about favor today, because it is a crucial element of Mary being chosen by God for His mighty work, to be accomplished.
Favor in the Oxford Dictionary says: esteem, liking, approval, goodwill, friendly regard, partiality, support, promote, prefer, courtesy, consideration, preference, to help, and benefit.
Looking at this scripture we need to see it for what it was, Mary had found a soft spot in God's heart. He hears us all and regards us as His children. We are all loved. He is our Father. A lot has been said of the scripture concerning our standing in His eyes.
Romans 2:11 says specifically that ..."God does not show favoritism." So there must be a difference between "favor" and "favoritism". Subtle?...yes, but a difference. This is what Oxford defines as favoritism:  unfair partiality, bias.
Because the Word of God does not contradict itself, we need to look further into how we perceive what is being said. Sometimes what we think a word means in the Bible, really is not how it should be translated. This is something I've run into many times. What in today's context means one thing, in Bible times, meant something else. It's our "frame of reference", that is different.

When I think of "favoritism". I think of special treatment. Of one person getting something that the others do not receive. It brings to mind images of a bunch of people wanting the same thing or treatment, but one "lucky" person who receives it without merit, simply because they are considered better on a whim by the "giver". Whereas "favor" is more of a heartfelt emotion that comes with strong relationship and bonding. Yes, the concepts are similar and subtle. But one is random, without relationship, while the other is genuine connection due to past relationship and experience.
So we find that Mary had "favor" with God. He had preference, support, esteem, liking, benefits, etc. toward her.
Haven't we all said or at least felt toward our children at some time or another that ,"I love you, but right now I do not like what you are doing."? Our love has not changed, but we do not like what they are involved in, or an act that they have committed, or an attitude that they are exhibiting. Our relationship is suffering. I know I have, and unless your children are perfect, which mine were not, you have most likely felt that also. That is how God is sometimes. He loves us so much He sent Jesus to die for us, but He doesn't always approve of what we are up to, how we act, or our attitudes toward Him or others.
So for Mary to have had favor with God, she must have been doing some things that were looked upon by God with approval. That's what I want. I want to be the kind of person God looks at and says, "We have good relationship, we communicate, I see that she is trying to make me happy. She has favor in my eyes."
That's where Mary was, she desired relationship with God and her attitude and actions supported that. So the angel said to her "Mary, don't be afraid, you have found favor with God."
Today I'm seeking the Lord in a more ardent way and attitude. I'm asking for His favor on me and my life. I want and need Him to be with me. And He says to me. "Don't be afraid you have my favor."
Be Blessed
love,
Debra

Posted by Debra@CommonGround at 2:07 PM