I feel like today I need to share some thoughts with you all. I like transparency in people, myself included. I never want to come off as "holier than thou". Gosh, I REALLY hate that. I can't stand duplicity, deceit, fake, or put on. I do try to put my "best foot forward", but I don't want to try to be something or someone I'm not. I'm not a goody-goody by any stretch of the imagination. I have a lot of flaws. Anyone who thinks they have "arrived" has a big wake up call coming. So often I think we feel isolated, like we're the only ones going through things or dealing with issues. When we can admit, "This is me, and this is what I'm dealing with." then it's easier to let God speak to us, work on the situation and then move forward, with Him. 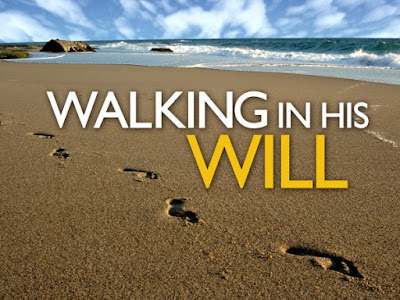 I've been in a comfort zone for the last year or so; and to tell you the truth, it's felt pretty good. Not many demands, no one telling me what to do. I get to choose what I do with my time. Not much stress. ( I have a wonderful, godly, loving, supportive husband!) Like I said, it's felt pretty good. Now I'm entering in to a new season where I'm hearing God say that things are changing and honestly it's scary. Yep, I said it. Not scary in that I'm terrified of what God has coming, just scary in the fact that I don't know how well I will physically or mentally adapt to whatever challenge God has coming. I need to switch off the "auto pilot" in my life.

I've reached the age and time in my life where I don't make New Year's resolutions. Not a good track record here. I believe in goals in life, but they have to be "Godly Goals". And to even get to the place where we can have a godly goal, I think we need to be in a place of submission to our Heavenly Father.

The last ten years or so, I've seen what looks to be the fact that all my Godly Goals have crashed and burned along the road of life so to speak. My great desires to work for God have been set aside as I've tried to just wake up every day and put one foot in front of the other. (Yes, those goals and desires were totally put there by God. They weren't something I just dreamed up.)  Living with a medical condition like I have (hereditary cardiovascular disease) is iffy at best. Yuck, I even hate saying it. It sounds old and morbid and defeating. Even though I totally trust God, sometimes I get a little cranky about it and don't mind telling God. Sorry, not a "saint" wannabe here. I believe in healing; that is what God first started teaching me about. My first revelations from God were concerning His desire for us to be healed and whole. The Greek word Sozo, means complete; nothing missing, nothing broken.

So, I believe that while I'm trusting for physical healing, and then moving forward into whatever God has in store, I'm leaning and relying on God to be in control. I'm not in the school of thought that says "suffering for Jesus" means our physical health. That word "suffering" means persecution. Don't want to go there right now, so in great love, please don't tell me it's Gods will for me to be sick. I believe it's God's will for me to be what He's calling me to be, in whatever situation, and place, and season He has me in.

One of my favorite passages about healing and trusting God is found in Luke 17:11-19 (New American Standard Bible)

Ten Lepers Cleansed
While He (Jesus) was on the way to Jerusalem, He was passing between Samaria and Galilee. As He entered a village, ten leprous men who stood at a distance met Him; and they raised their voices, saying, "Jesus, Master, have mercy on us!" When He saw them, He said to them, "Go and show yourselves to the priests." And as they were going, they were cleansed. Now one of them, when he saw that he had been healed, turned back, glorifying God with a loud voice, and he fell on his face at His feet, giving thanks to Him. And he was a Samaritan. Then Jesus answered and said, "Were there not ten cleansed? But the nine--where are they? "Was no one found who returned to give glory to God, except this foreigner?" And He said to him, "Stand up and go; your faith [a]has made you well."


I feel like this passage talks about more than just healing. Whatever we are experiencing at the time will be worked out to God's glory if we move forward in faith to step out into whatever God is asking us to do.

Last week I shared a phrase that God put in my heart: "the united state of prayer". When we get into that place of submission to God, we are united in agreement with Him. We're in a place of listening, believing and submitting to His will for our lives. Then He can speak to us. He can present His will and plan to us in a way that we don't run away or refuse it.

In all this, I guess I'm saying that I, Me, We all need to be in a place of submission to whatever God is wanting to do in our lives. Being in a place of stubbornness, hardness of heart, and inflexibility doesn't get us anywhere with God. He loves us and He won't hit us over the head, but it just might keep us from moving forward into God's good plan for our life. And personally, however uncomfortable that might be at this moment, I don't want to miss it. And I don't want you to miss it either!

Next time, Godly Goals and a link to a great blog.

love in Jesus,
Debra
Posted by Debra@CommonGround at 1:25 PM