A few weeks ago we talked about a young Roman boy, how he received a tutor/ teacher/guardian until he reached adulthood. Even though he was heir to the estate and wealth of the father he needed to be trained and matured. He was a "son" but didn't have access to the inheritance until he was grown up. Basically he was in no stronger standing than "a slave". He had to do what he was told. He was to obey and stay under the authority of the "teacher".

1. Now I say, as long as the heir is a child, he does not differ at all from a slave although he is owner of everything, 2. but he is under guardians and managers until the date set by the father. 3. So also we, while we were children, were held in bondage under the elemental things of the world. 4. But when the fulness of the time came, God sent forth His Son, born of a woman, born under the Law, 5. in order that He might redeem those who were under the Law, that we might receive the adoption as sons. 6. And because you are sons, God has sent forth the Spirit of His Son into our hearts, crying, "Abba! Father!" 7. Therefore you are no longer a slave, but a son; and if a son, then an heir through God. 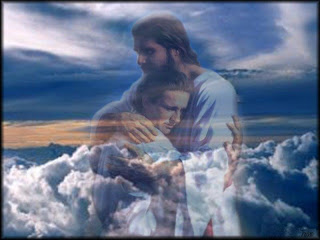 In the time of the New Testament years the Roman Empire consisted of about 60 million slaves. Yes, you heard me right. These were captives from subjugation of other countries, or impoverished persons whom needed to be employed. Their lives basically were not their own, and they were property of their master without rights. (verses 4:1-2)

Galatians 4:3-5 refers  to the time of the Old Testament or Old Covenant in which the Jews were still really "children" being taught; under the bondage of the "elemental" things of the world. Then when the time was right God sent Jesus to earth to elevate us, or "graduate" us from childhood to adulthood, or "adult sons" of God. Jesus death on the cross took us from being no better than slaves into an actual "relationship" with God the Father.

When I was young I was afraid of God. I grew up in a church that was legalistic in many ways. Sermons on "hell fire" and "needing to be saved" were the topic of most Sunday mornings. I had a skewed vision of God and who He was. This view of God stayed with me most of my adult life. I've shared this before, and I know that many of you were brought up like me. I felt like God was sitting up there in heaven just waiting for me to mess up, so He could strike me with lightening when I did. And did I ever mess up? Sure. Did I get struck by lightening? Well, things didn't always go well, but I know now that it wasn't God's fault. He ultimately wants the best for us, and isn't "out to get us".

I could recite the Lord's Prayer, but never really felt like God was a "father" to me. Knowing God as our Father can be difficult. A lot of it has to do with our relationship with our "earthly" father. How he treated us, whether he was available, at home, loving, kind, considerate, or if he was absent, abusive, unloving, and harsh. I had a good relationship with my own father, but he was often involved with other things, hobbies, etc. and wasn't a "communicator" to any great degree.

Galatians 4:6-7 tells us that when we accept Jesus into our hearts and find "salvation" that the Spirit of God, or the Holy Spirit comes to us and desires that we have that Father/Child relationship. That we then truly get to know God in the way He desires. Not just our Father in a "shake your hand or pat your back" kind of way. But a way that is personal, loving and intimate. The kind of relationship that asks that we think of Him as our "Daddy". The "crawl up in His lap" kind of relationship that offers unconditional love, kindness, soothing, forgiveness, and instruction and guidance with a gentle spirit.

"For God so loved the world, that He gave His only begotten Son, that whoever believes in Him should not perish, but have eternal life. 17. "For God did not send the Son into the world to judge the world, but that the world should be saved through Him.

If you truly cannot call Him "Abba, Daddy", for whatever reason; be it a lacking relationship with your earthly father or a less than desirable experience within the church, please seek Him for that special love and tenderness He desires for us to know. It will truly change your life.

love, in Jesus,
Debra
Posted by Debra@CommonGround at 6:00 AM